This study was conducted by the Conners Lab at The University of Alabama as a pilot study for a potential grant-funded study in the future. One characteristic of Down syndrome is accelerated aging, which can include declines in memory and other cognitive skills. Another is heightened risk for Alzheimer’s Dementia. In this study, we are trying to identify very early signs of cognitive change in people with intellectual disability. Identifying these could lead to future treatments that could slow the decline. The goals of the study are 1) to identify early changes in memory and language, 2) to identify early behavioral changes (like sleep patterns and social engagement), and 3) to link the first two goals to symptoms of mild cognitive impairment. Mild cognitive impairment is a diagnosable condition and a risk factor for Alzheimer’s Dementia.

Configural Knowledge in People with Down Syndrome 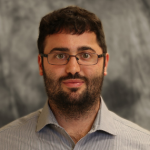 Previous research suggests that young adults with Down syndrome often struggle with learning the layout of a place after traveling through it, or wayfinding. This is an important skill because it allows us to find new routes, take shortcuts, and orient when lost. Zach’s dissertation study sought to understand how this difficulty emerges over multiple exposures to a new environment. To do this, participants traveled through a virtual environment, then were asked to try to find a shortcut. The game was repeated three times to see how they perform with new exposures.

These findings could be used to create wayfinding programs for people with Down syndrome. Perhaps focusing on specific cognitive strategies or using technology to assist learning could improve wayfinding skills. This, in turn, would hopefully lead to more opportunities for independence for young adults with Down syndrome. From this research, Zach was able to obtain his PhD in Cognitive and Developmental Psychology!

Modeling the Relationships Among Sustained Attention, Short-Term Memory, and Language in Down Syndrome Language can be a challenge for youth with Down syndrome (DS). Gayle’s dissertation study sought to determine if reasons for this language difficulty in Down syndrome include sustained attention (the ability to maintain attention over time), and short-term memory (the temporary storage and retrieval of information in memory).

Wayfinding Skills in Youth with Down Syndrome: What Parents Say 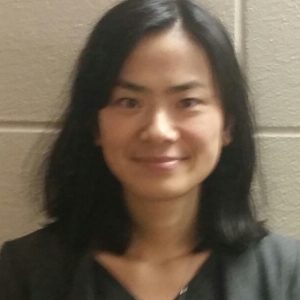 Dr. Yingying “Jennifer” Yang conducted an online survey to gather feedback from parents of children with Down syndrome (DS) about their child’s ability to navigate their environment, a skill known as wayfinding. Past studies have shown that wayfinding is difficult for people with DS, however little is known about their real-life wayfinding abilities. Many registry families participated in this study – thank you!

This study will be published in the Journal of Intellectual and Developmental Disability. Co-authors with Jennifer Yang are Gayle. G. Faught, and Edward C. Merrill.

Victimization in Adolescents with Down Syndrome: The Impact of Communication and Emotion Regulation 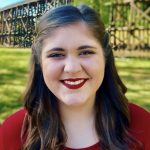 Jenna tested 23 adolescents with Down syndrome (a HUGE thank you to all who participated!) to investigate this question. The findings from this study begin to suggest that
communication ability is related fairly strongly to how much someone is victimized. This finding applies to intelligibility (how understandable speech is) and pragmatic ability (how much someone follows social rules). It is important to remember that these findings are very preliminary and quite a bit more research needs to be done in order to verify and fully understand these findings! However, from this research, we have started new research projects to better understand how kids with Down syndrome get along with their peers. In the future, we hope to be able to use the findings from this study along with findings from other studies to help support inclusive and positive peer relations. From this study, Jenna was able to earn her Master’s degree in Developmental Psychology!